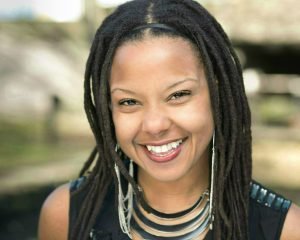 Pegasus is delighted to announce that artist, journalist and broadcaster Clara Rose Thornton has joined our team of experts.

Her work focuses on the arts and their intersection with social justice, identity politics, history, and place. In Ireland she is a film critic for Arena on RT Radio 1, and discusses film, race, and culture on The Ryan Tubridy Show on RT Radio and Morning Edition on RT TV.

Clara Rose, a former Leinster Slam Poetry Champion, performs her provocative spoken word at festivals and venues across Europe. Her arts and culture criticism is published internationally, including in the Irish Independent and Irish Times.

Clara Rose Thornton is joining Dr. Myles Dungan and a team of Ireland’s most sought-after women historians to offer libraries, county councils, country houses, history groups and festivals a unique package of lectures and presentations on the changing lives and roles of Mn na h ireann a century ago.

Catriona Crowe, former Head of Special Projects at the National Archives of Ireland; Dr. Kate O’Malley, of the Royal Irish Academy; and author Liz Gillis will also be among the key contributors celebrating 2018 as the centenary of Irish women winning the right to vote, and the election of Ireland’s first female member of parliament – Countess Markiewicz.

Leitrim, Cavan and Louth are among the counties the roadshow will visit in 2017/18.

To discuss further, or to book Clara Rose for any other event, please contact… info@pegcopy.murgatroyd.tech